William is our April 22q Calendar Spotlight. Shortly after his birth, his parents noticed something wasn’t right. After lots of scans were completed he was transferred immediately to Helen DeVos Children’s Hospital and soon after he was diagnosed with 22q11.2 Deletion Syndrome.

The doctors wanted to wait until he was a little stronger, then at just 8 days old William had heart surgery to repair and interrupted Aorta. He had to spend a month in the hospital, which was extremely hard on his parents Haley and Jordon since they lived 3 hours away. That time was made easier with all the support they received from their parents Lorri and Patrick and the community who held many fundraisers in William’s honor! 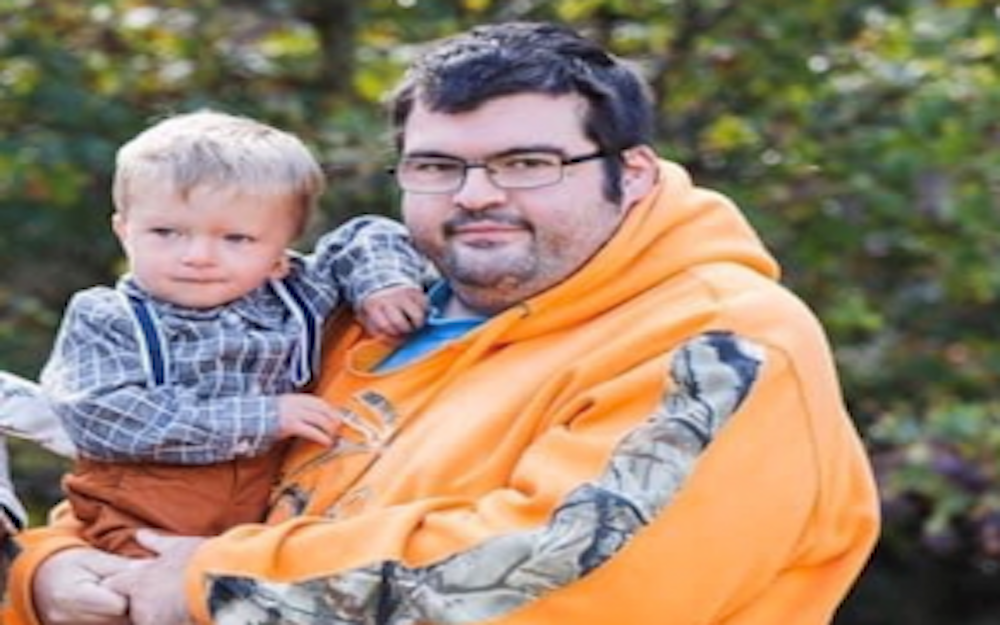 Now flashback 28 years before William’s birth on April 15, 1990, after a healthy pregnancy his dad Jordon was born via C-section. The next morning the doctor informed his parents that they wanted to transfer him to Motts Children’s Hospital and after an echocardiogram it was determined he had 2 holes in his heart. So after 5 months of tube feeding, weighing in at 12 pounds he had open-heart surgery. Jordon’s parents were told, “it’s just one of those things” and they went on with life. Jordon did have some learning disabilities and several other issues but again, “just one of those things!” After Jordon’s son William was born and diagnosed with 22q11.2 Deletion, Jordon was tested due to his history and yes he also has the 22q deletion, “Now it all makes sense” says Jordon’s mother Lorri.

What a difference it will be for William’s parents knowing what they are up against compared to 28 years ago and thinking “it’s just one of those things!”

William will be 3 years old in July and as his mom says, “He loves being outdoors with his Papa, absolutely loves it!” William is deaf in one ear and has had to have 8 teeth pulled but is a strong independent little boy! When asked what advice Haley has to others facing this situation she says, “The only advice I have for anyone who finds out their kids have it or they have it, keep your head up, these 22qties are stronger than we ever will be! It will get better the days are long but you will get through this!”